More Details on A Canadian Race Car Driver Ron Fellows: Ron Fellows is a skilled Canadian driver who competes in the SCCA Trans-Am, IMSA, and American Le Mans Series. With six victories: four in Nationwide and two in Trucks. Fellows holds the record for the most victories by a driver of foreign descent in NASCAR’s top three series (Sprint Cup, Nationwide, and Trucks).

Fellows was born on September 28, 1959, in Windsor, Ontario. He started watching auto racing with his family when he was 4 years old. Gilles Villeneuve, a French-Canadian Formula 1 driver, captured his heart. Fellows regarded Villeneuve as his hero and amassed one of Canada’s largest collections of Gilles Villeneuve memorabilia. Young Fellows went to watch F1 races at a nearby island track in Montreal, Canada; this track later become known as Circuit Gilles Villeneuve. The track was given Villeneuve’s name after he passed away in 1982. As a racing driver, Fellows developed a desire to triumph at Circuit Gilles Villeneuve. He achieved his goal in 2008 by winning the NAPA Auto Parts 200 NASCAR Nationwide Series race at the track.

Along with his involvement in racing, Fellows is one of the owners of the automaker Corvette and its racing division. He also runs the corporate business network Ron Fellows Performance Driving Schools. Additionally, he is the owner of the Sunoco-Ron Fellows Karting Championship, a charity that trains young children to drive race cars. The Canadian Tire Motorsports Park racetrack was acquired by Ron Fellows in January 2013, and NASCAR held a truck series race there — the series’ first visit to a road course since 2000. Fellows’ current objective for his track is to one day host the Cup series there.

As a “Road Course Ringer,” Ron has also participated in a number of races in the Craftsman Truck Series, Nationwide Series, and Sprint Cup Series. He has two wins at Watkins Glen and three pole positions in the Craftsman Truck Series. In the NASCAR Busch Series, where he has three victories and two pole positions in six starts, he has even more success. Additionally, he was the first non-American to triumph in a NASCAR Busch Series race.

He was employed by Dale Earnhardt Inc. in 2003 to operate the #1 Pennzoil vehicle at Watkins Glen and Sonoma. Dale Sr. had expressed interest in Fellows as a candidate to drive the #1 full-time after 2001, but Earnhardt passed away in the Daytona 500 in 2001 before any agreement could have been reached. They only hired Fellows for the road course races because the team had changed over the previous few years.

Ron Fellows experienced his closest call of his career at Sonoma. He finished third in qualifying and briefly held the lead. Fellows overtook Kevin Harvick and Robby Gordon to take the lead on lap 41. Fellows took control of the race from that point on and could clearly see the finish line, but he failed to pit in time for an unexpected yellow with less than 30 laps to go. Fellows was only able to recover for seventh place because he restarted 31st on the final restart. Notably, Fellows has said that his actual close call was what disappointed him the most. 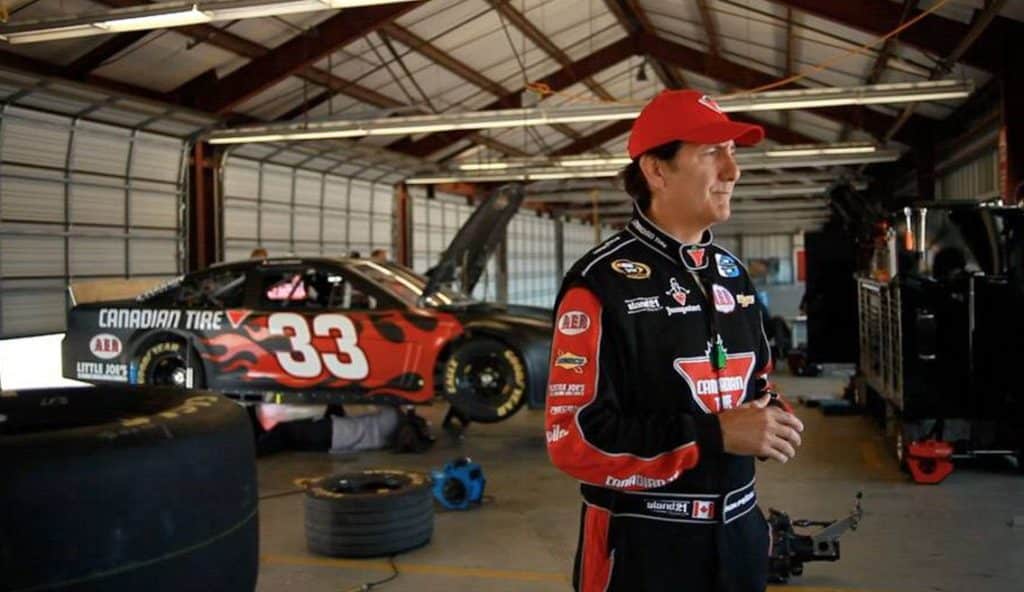 Fellows drove for the #32 Tide Ride team of Cal Wells in 2005 and 2006, and in 2007 he participated in two Cup Series races for Hall of Fame Racing. At Watkins Glen, he placed fourth and finished in another top five. He joined DEI once more in 2008 to compete in the road course races.

Ron once again compete in the American Le Mans Series in 2006 with Corvette Racing.

Ron started working for Kevin Harvick Inc. in 2004 and now drives the #33 car in Busch Series competitions. Fellows performed admirably during the ride and was in the running for many victories. He competed in his first race in 2007 with KHI in Montreal’s inaugural race. He was in third place with 4 laps remaining when his boss Kevin Harvick purposefully damaged Scott Pruett. Fellows was injured in the collision and was no longer in the running to win the local race. Kevin emerged victorious.

Fellows battled back to finish in fourth place, but he wasn’t too pleased with Kevin Harvick. Fellows shoved Kevin’s winning car during the wind-down lap in retaliation and pointed the finger at Kevin. Fellows was escorted out of the winner’s circle by security when he attempted to confront Harvick there. Before the race at Pocono the following morning, Fellows personally confronted Harvick. Due to this argument, Fellows left KHI, leaving both parties with animosity.

At Montreal in 2008, Ron Fellows won his fourth NNS race.

Karts were the foundation of his career before moving on to Formula Ford 1600 and Formula Ford 2000. He gave up racing to work as a gas pipeline worker for nine years when funding for these projects ran out. In the 1980s, Fellows returned to the track with the assistance of Richard Spenard, a driving school instructor. Driving a showroom-stock Camaro, he made his professional debut in the Player’s GM Challenge in 1986. He dominated the 1989 season, winning his first SCCA Trans-Am Series race and the championship at Mosport Park on the same weekend. With 19 victories in 95 starts, he quickly rose to the top of the Trans Am driver standings, catapulting his career to new heights.

After that, Fellows made two starts in the storied Ferrari 333SP, winning the 1997 FIA World Sports Car Series race at Mosport Park.

Lyndsay, Sam, and Patrick Fellows are his three children. He is married to Lynda Fellows. Ron is close friends with Gilles Villeneuve’s son Jacques, who attended the same racing school as Ron, and Dale Earnhardt Jr., for whom he currently competes in the NASCAR Nationwide Series.